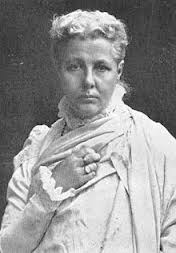 There are certain historical figures that atheists tend to rally around who they often quote to inspire and encourage themselves in their worldview. Today’s atheists are very proud to hail these deceased famous people as heroes and pioneers of the cultural heritage of  the atheism and free thought movements. A close look at the lives and beliefs of these historical figures reveals why atheism is based on hypocrisy that goes way beyond the hypocrisy they happily accuse Christians of.

In my previous post, I made the observation that some tactics atheists use to attack Christianity are the same tactics used by new agers, witches, and freemasons. There’s a reason for that. Atheists contend they do not believe in spirit life of any kind and that this physical world is all there is. But here’s some information on a few of their heroes:

Annie Besant (1847-1933): She once said, “No philosophy, no religion, has ever brought so glad a message to the world as this good news of Atheism.” Raised in a British Christian home, she married an English clergyman when she was 20 but became dissatisfied with Christianity and joined the atheistic National Secular Society to further the atheist cause. However, in the midst of promoting atheism, she dabbled in the dark arts of occultism and eventually concluded there was more for her than atheism could satisfy. So under the tutelage of Madam H.P. Blavatsky, Besant joined the occultic Theosophical Society, which was infamous for its seances, spirit channeling sessions, and psychic practices. She eventually became president of the organization. In the end the quote she stated above was not at all what she practiced, but atheists still love the quote and still love Annie Besant. (The Theosophical Society, wikipedia)

took the Bible seriously; but to take it seriously one must be already mad.” His mother and father were wealthy Christians in a denomination derived from the Plymouth Brethren. His father was a circuit preacher who ran a brewery and read the Bible every day to his wife and son. Aleister forsook his Christian heritage and joined organizations such as Freemasonry and the Hermetic Order of the Golden Dawn, an occultic secret society that had William Wynn Westcott as one of its founders. The Hermetic Order spent its time in astrology, tarot card reading, alchemy, astral travel (out of body trances), and homosexual activities.

He is considered one of the fathers of modern Wicca and the new age movement and was known for his ungodly practices. Among them were satanic rituals, human sacrifices, vampirism, bestiality, drug abuse, pedophilia, and magick. He established the mantra often used in Satanist and witchcraft circles, “Do what thou wilt shall be the whole of the Law.” One of his most well known disciples was Anton LaVey, author of the Satanic Bible. Yet the atheists just love Crowley.

Mark Twain (1835-1910): Twain has a whole plethora of quotes atheists love. One of them is “[The Bible is] a mass of fables and traditions, mere mythology.” Born and raised Samuel Clemens in Missouri, he became one of America’s most beloved authors and humorists. However, Twain was an occultist. He was an active Freemason who eventually became a Master Mason. One of his closest friends was H.S. Olcott, the founder of the Theosophical Society and a Royal Arch Freemason.

of his favorite quotes among atheists is, “When I think of all the harm the Bible has done, I despair of ever writing anything equal to it.” Among his famous works is The Picture of Dorian Gray about a young man who makes a deal with the devil, which could be said of the author’s life.

Although Wilde was married with two children, he thought it nothing to cheat on his wife with other men. Both he and his wife were members of the Hermetic Order of the Golden Dawn, the same secret society Aleister Crowley became part of. He was known for participating in occult ceremonies and psychic readings with the Order. He was also an active Freemason, being a Master Mason. (Neil McKenna. The Secret Life of Oscar Wilde: An Intimate Biography ; wikipedia.com)

The ultimate reason atheists use the same tactics as new agers, witches, and Freemasons is because they are all cut from the same cloth. They are all servants and children of the devil. Atheists love to boast of how educated they are and how knowledgeable they are, so how could this information be a secret to them? Yet they hold these people in high regard and quote them to further their cause. Since that is the case, atheists are not as atheistic as they claim. They are essentially occultists in disguise who just see atheism as a weapon in their vast arsenal to try to bring down Christianity. But they’re playing for the losing team.

And the devil that deceived them was cast into the lake of fire and brimstone, where the beast and the false prophet are, and shall be tormented day and night for ever and ever. Revelation 20:10

26 thoughts on “The occultic foundations of modern atheism”