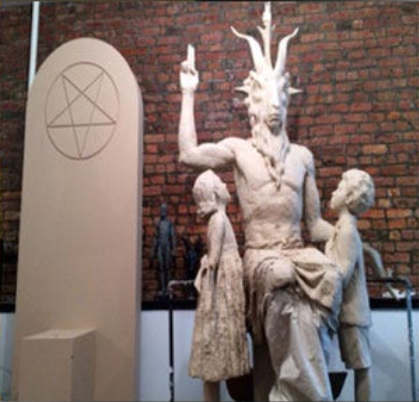 The Northern York County School District board in York County, Pennsylvania, has denied the request of the Satanic Temple to host an After School Satan Club at Northern Elementary School. The two-hour meeting on the night of April 19 drew hundreds of attendees. The board voted 8-1 against the proposal made by a local mother named Samantha Groome with the backing of the Satanists.

Groome said she isn’t religious and thought the proposal would be a good secular alternative to the well-known Joy El Christian club at the school. The Satanists along with the few parents that supported the idea feel that it’s a constitutional right to have such a club since all religious clubs should be welcomed, based on past U.S. Supreme Court rulings. One parent believes that allowing the satanic club would be good for exposing kids to alternative viewpoints than what they normally encounter.

Lucien Greaves of the Satanic Temple said the board’s decision is based on religious discrimination and highlights how some religious groups are given preference over others. Greaves says he and his group are planning to sue over the decision.

Satanists like Greaves and his supporters are rather cunning with their excuses, which seem benign and innocent. Nevertheless, those of us who are familiar with how Satan and his minions operate know that he often puts on a facade of innocence to reel people in before he reveals his true colors. Paul didn’t warn us for nothing when he told us in 2 Corinthians 11, “…Satan himself is transformed into an angel of light. Therefore it is no great thing if his ministers also be transformed as the ministers of righteousness…” Jesus, who created Lucifer before Lucifer chose to rebel, told us in John 8:44 that the devil is a murderer and the father of lies.

Therefore, it isn’t farfetched to assume that Greaves and his ilk probably reflect the true character of their spiritual father behind closed doors. The Satanic Temple claim in public that they don’t believe Lucifer exists, but they’re obviously lying given the numerous times they sought to display statues of Baphomet around the country. Another telling sign of their character is their support for murdering the unborn as a tenet of their belief system.

By voting down the After School Satan club, the school board saved their community, families, and kids from a lot of potential problems.

One thought on ““Not today, Satan,” says Pennsylvania school board to the idea of After School Satan Club”