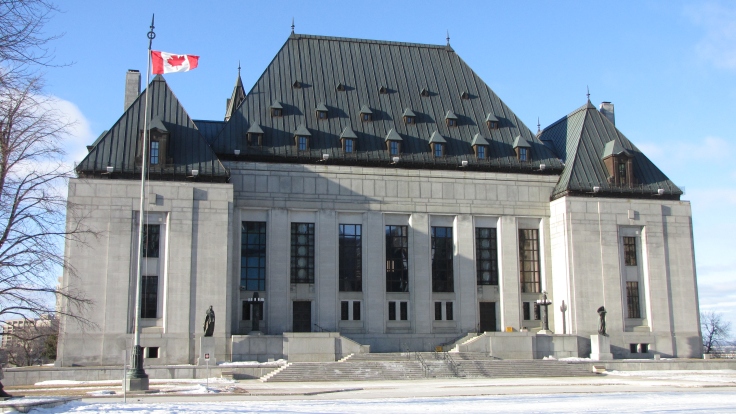 Canada’s Supreme Court has ruled unanimously that a 1993 law banning doctor-assisted suicide violates the rights of  patients who have severe and/or incurable diseases. The court ruling gives legislators one year to rewrite the law or it will automatically be null and void. Until this ruling, encouraging a patient to commit suicide or aiding or abetting or seeking a doctor to help with suicide could bring a 14 year prison sentence for any party involved.

The Canadian Medical Association, the largest physician organization in Canada, backs the court’s ruling. Dr. Chris Simpson, president of the group, stated, “What we want to do is really make sure patients who are eligible under the new rules have access to this therapeutic service, but at the same time we need to be very careful that physicians have the right to conscientious objection for moral or ethical reasons or religious reasons.” The British Columbia Civil Liberties Association, which brought the lawsuit, has stated via Grace Pastine, their litigation director, that “Physician-assisted dying is now recognised for what it is – a medical service that brings an end, for some individuals, to unbearable suffering.”

Personally, I’m wondering since when is offing yourself a “therapeutic service” or a “medical service” or “dying with dignity”? Groups that fight for the rights of the disabled have shared their wise concerns about the repercussions of this decision when they stated, “As we each near the end of our lives, at the time when we are likely to be most vulnerable to despair and fear, we have now lost the protection of the Criminal Code.  Where shall we now find that protection?” Suffering is part of life and life is often messy and not pretty, but we have many medical advances geared toward palliative care to help alleviate the suffering of the severely ill. Although people who back this nonsense like to make it sound humane and merciful, they are, in my opinion, hiding the true purposes of doctor-assisted suicide.

Belgium is the perfect example of what happens when nations embrace doctor-assisted suicide. They start out by saying (just like Canada’s Supreme Court) it’s just for consenting adults who have incurable diseases that may or may not be terminal. Then after several years they expand it to include any adult who’s sick (consenting or not) or is suffering mentally for any reason or it’s for sick or disabled children or it’s promoted so they can harvest a person’s organs for someone waiting for an organ transplant. Their ultimate goal is population control. The first step toward this is always universal health care, whose backers always use the lie that universal health care keeps health care costs down. Then when the universal health care costs don’t do as they claim (and they know it won’t help health care costs), it provides them with the excuse to bring in doctor-assisted suicide or euthanasia as a “cost-cutting” measure–providing them the population control their elitist, New World Order puppet masters really want.

So the devaluing of human life continues.

I call heaven and earth to record this day against you, that I have set before you life and death, blessing and cursing: therefore choose life, that both thou and thy seed may live Deuteronomy 30:19

Doth not wisdom cry? and understanding put forth her voice? … I wisdom dwell with prudence, and find out knowledge of witty inventions. …For whoso findeth me findeth life, and shall obtain favour of the Lord. But he that sinneth against me wrongeth his own soul: all they that hate me love death. Proverbs 8:1,12,35-36