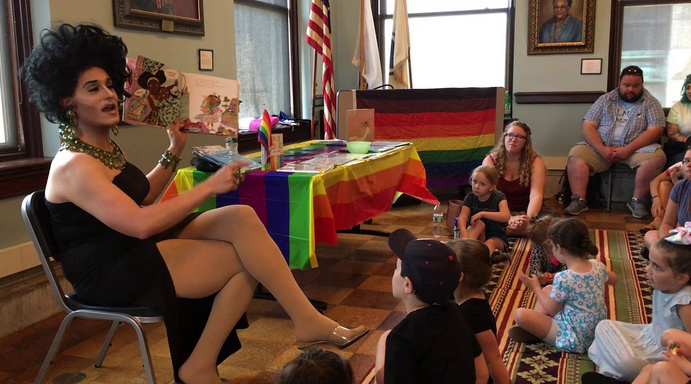 School trustee Barry Neufeld is a public school trustee in Chilliwack, B.C. and has served in that capacity for five years. A Mennonite who is descended from Russians who fled the Communist takeover, Neufeld has been battling the cancel culture from the moment parents elected him to the office. He made it clear while he campaigned that he would uphold traditional, biblical family values for what is taught to kids in Canadian schools. That included his resistance to any form of Marxism, including gender ideology.

Despite the efforts of leftist militants in authority who have repeatedly tried to cancel him for speaking out against their demonic-inspired gender curriculum, the majority of parents re-elect him time and again. In the 20-minute video below just released today, Neufeld talks about the challenges he has faced from liberals and the legal battles that continue to this day as he fights to protect children from what we can call the doctrines of devils.

Am I being too harsh by saying that of gender ideology? I think not. It has been widely published several times in left-leaning publications for several years that the majority of those who militantly push the “LGBTQ+” nonsense are into the occult. But we can just look at God’s word to determine that. Daniel 7:25 is one such passage. Referring to the coming Antichrist, Daniel said part of his agenda would be to “change times and laws” which are set up by the Lord. So anytime we see people trying to change what the Lord has established by his truth and righteousness, we can label it the doctrine of devils or the spirit of antichrist. Romans 1 is another passage that can be applied where Paul called out people who are given over to heathenism to worship and serve God’s creatures, including humans, instead of worshiping the Creator. In doing so, they become obsessed with ungodly, unnatural lusts and vile affections (Romans 1: 24-32), which includes same-sex relationships and sexualizing children, just like these activists are attempting to do with school kids. The Lord said several times that those who are into heathen practices are worshiping devils (Leviticus 17:7; Deuteronomy 32:16-18; 1 Corinthians 10:20-21).

The parents and officials across Canada and the U.S., like Neufeld, who are resisting the efforts of liberals to brainwash kids with this ungodliness are doing the right the thing. May the Lord bless their continued efforts.

The woman shall not wear that which pertaineth unto a man, neither shall a man put on a woman’s garment: for all that do so are abomination unto the Lord thy God. Deuteronomy 22:5