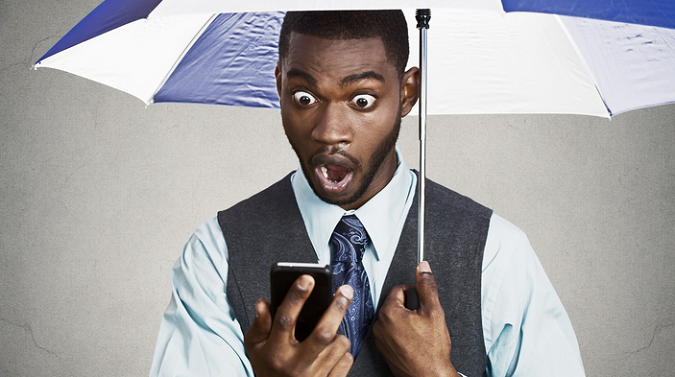 Given the society we live in today, it’s common and deemed acceptable to curse out someone when they curse at us. Lashing out against someone who offends us is part of our sinful human nature. Nevertheless, when we know the Lord, he has supplied us with the power to restrain ourselves from cursing back at someone. Through the power of the Holy Spirit, we are taught to look past our hurt feelings to consider the higher importance of the Lord Jesus’s command in Matthew 5–

44 But I say unto you, Love your enemies, bless them that curse you, do good to them that hate you, and pray for them which despitefully use you, and persecute you;

45 That ye may be the children of your Father which is in heaven: for he maketh his sun to rise on the evil and on the good, and sendeth rain on the just and on the unjust.

From a human standpoint, blessing those who curse us out seems as if it would make us look weak and would just embolden people to bully us. However, blessing them doesn’t mean we have to let people bully us. It just means we can use alternative, godly ways to defend ourselves as we bless them. An example of that is how Queen Esther handled Haman when Haman used King Ahasuerus to get a law passed to legalize the murder of Jews. She treated him to a feast as she took legal, godly steps to defend against his evil schemes. She fulfilled Proverbs 25:21-22 by feeding Haman, which opened the door for God to heap coals of fiery judgment on his head as he blessed her and her people.

In verse 45 above, it’s implied that part of our response to bless in the face of curses is based on the principle of trusting the Lord enough to allow our Heavenly Father plenty of room to work out his judgment as he sees fit. This trust is tied to the promise we inherited from God’s covenant with Abraham. It was a clause that God included in the New Testament. This promise/clause is declared in Genesis 12:3–

And I will bless them that bless thee, and curse him that curseth thee: and in thee shall all families of the earth be blessed.

When we have the faith of Abraham, we become his spiritual offspring (Galatians 3:7) and inherit this blessing from him–the blessing that all who bless us will be blessed and that all who curse us shall be cursed. It also implies that our Heavenly Father protects us from the curses of mere mortals. The false prophet Balaam and King Balak found this out in Numbers 23 when Balak paid Balaam with the hope that he would curse the nation of Israel. But the Lord thwarted his plans when Balaam prophesied and said,

How shall I curse, whom God hath not cursed? or how shall I defy, whom the Lord hath not defied?

Of course, the short answer is he couldn’t. It isn’t possible for humans to reverse the Lord’s benedictions on his people. “For the gifts and calling of God are without repentance,” Romans 11:29. Jesus and his apostles were able to escape all sorts of wicked schemes from death threats to false imprisonments to violent riots to assassination plots. The apostles and other believers were indestructible until such time as the Father deemed it was time for them to be welcomed into our home in heaven. Not even the darkest spells or curses cast by witches, sorcerers, or other occultists has the power to overtake any of us who are genuinely covered by God’s Abrahamic blessing through the blood of Jesus. “…the curse causeless shall not come,” (Proverbs 26:2) and it’s the Father’s guarantee that those of us who are truly saved and sanctified cannot have cause to be cursed.

So that should bring us to the conclusion in our mind, heart, and spirit that those who spew out curses against us are really potentially harming themselves. Think about it. If God will curse those who curse us as mentioned above, then when they curse us out, they are cursing themselves. But we as Christians should be like our Father in that we don’t want to see anyone perish. Therefore, with the hope of possibly sparing them God’s judgment, we should bless those who curse us like Christ from the cross asking forgiveness for his persecutors. If they refuse to accept the blessing, an opportunity for them to get right with God, then God will eventually deal with them as we use God’s wisdom and knowledge to defend ourselves in the midst of his blessing us.