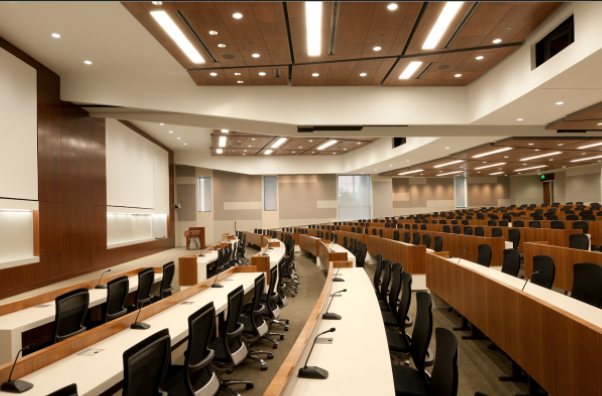 University researchers, after surveying the religious and atheists in both the US and Sweden, have drawn the conclusion that both groups have a moral compass with similar principles like fairness and kindness toward others. As a result of their survey, the researchers concluded that atheists aren’t really immoral people as is assumed. They simply have their moral compasses set differently.

It was noted in the study that what sets the two groups apart the most is that atheists don’t believe unity, loyalty, and respect for authority are necessary for being moral. More specifically, the researchers believe atheists are not focused on what may affect the group like religious people are. Atheists are more concerned about the consequences of their actions or inaction on a case-by-case basis to determine whether or not something is moral. Among the other things they allegedly noted when comparing the two groups are:

If anything, I found the conclusions the researchers reached to be amusing. My observation is that, given the language used to explain the results of the study, they went into it holding the bias toward moral relativity and situational ethics. That’s how they denoted that atheists’ “moral compasses” are just calibrated differently than Christians’ moral compasses, stating it as if atheists’ views are as valid as or superior to Christians’ views. There’s a huge reason why Christians think the world is a dangerous place. Christians have been the most persecuted group of people at many different times in history, including in our times. And the ones who have targeted us the most have been so-called atheists with their socialist agendas.

Their conclusion that atheists aren’t fully naturalistic is kind of like having your cake and eating it too. It’s blatantly contradictory and deceptive. What the researchers seem to have avoided investigating as they drew this particular conclusion is that, historically speaking, the atheist movement in our time was started by Luciferians who, as they worshiped Satan in secret, claimed they didn’t believe in God or spirit beings (as I’ve pointed out several times before in previous posts). They included Karl Marx, Oscar Wilde, Mark Twain, Aleister Crowley, Anton LaVey, et al.

Also laughable was their contradiction that atheists, like Christians, are concerned about fairness and kindness while they claim atheists use situational ethics. The ideas of fairness and kindness by themselves are universal concepts that couldn’t exist if there was no such thing as moral absolutes. The moral relativity and situational ethics of atheists denies the existence of moral absolutes even as they contradictorily use moral absolutes to try to shore up their ideas. Thereby violating the law of noncontradiction and blatantly exposing their error-filled conclusions.

Additionally, atheists really aren’t into fairness and kindness when they believe innocent, unborn babies should be murdered by abortion, ignoring the scientific facts proving those unborn babies are just as human as the atheist who wants them dead. Nor do they exercise the idea of fairness or kindness when they rush to defend euthanasia and medical-assisted suicide even for people whose natural death is a long way off (e.g. those who suffer depression). Even for the terminally ill, they want them put to death when their lives can be prolonged by valid, powerful medical treatments until such time as they die naturally.

All in all, this study attempting to paint atheists as innocent and noble falls flat in my view. It’s pure hogwash. My prayer and wish for atheists is that as many as possible will realize the emptiness of their religion and will realize Jesus Christ is truly Lord so that they can be saved.

Source: Dan Avery, Atheists do have a moral compass similar to religious individuals when it comes to fairness and kindness…, Daily Mail UK, 26 February 2021.