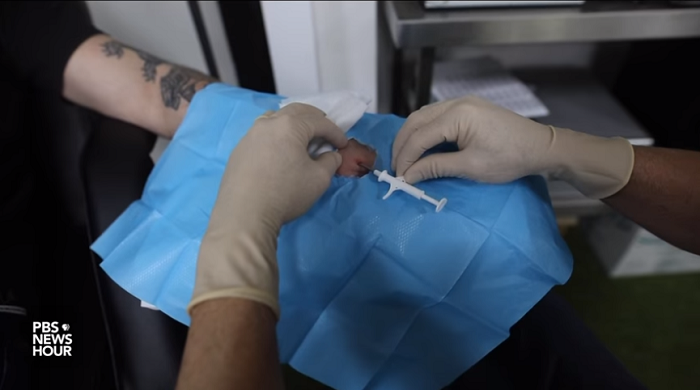 mark:
A spot, area, or feature on a person’s or animal’s body by which they may be identified or recognized. (Oxford English Dictionary)
A symbol, name, or other identifier… (Freedictionary.com)

Last week, PBS News Hour featured the story in the video below exploring the benefits of microchipping humans. In one segment of the report, they even feature an emotional story of a man who battled horrific diseases that took his limbs. He proceeds to tell how being microchipped helped make his life easier, as if that was the only solution available to him. If anything, that particular segment reveals a possible part of the marketing strategy that will be used in the future to promote the mark of the beast predicted in Revelation.

Although this report also features the drawbacks of this technology, those negatives seem to be minimized in comparison to the highlighted “benefits.” The privacy advocate who raises red flags about the implants states concerns that are in line with the views of Christians who know about the warnings in Revelation. Of course, this isn’t the mark of the beast yet, but it lays the foundation for it and will most likely be folded into that future devil-inspired technology. It should also be noted that the transhumanists behind this technology are atheists who deny the truth of the Bible on the one hand while on the other hand they oddly do things that work toward proving the Bible’s predictions are true. In order to have a mark of the beast, you have to establish a system that makes it possible to monitor the actions and movements of humans. That’s exactly what microchipping does.