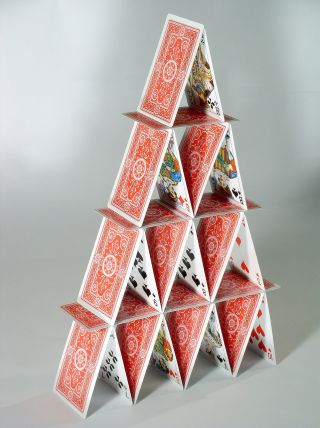 It has been my observation over several decades in Christendom that often, when a celebrity gives a shout-out to God in some way, many of us automatically embrace their statement or supposed confession of faith because we see it as an endorsement to the world about how correct we are as Christians. Some of us see it as a way of gaining some validation. So we pump them up and praise them or fawn over them.

I understand that within this crowd of believers who praise their faith statements are people who wish to encourage the well-known individual in their professed faith. And I think that’s great as long as the motive for that encouragement has parameters that serve to help instead of to hinder us. The biggest way such encouragement can be a hindrance is when, as soon as their pro-God, pro-Jesus statement is made, we look to them for inspiration and as role models for our walk with Christ and have too high expectations for what they will say or do next for our personal spiritual encouragement.

This can happen at a local level for believers as well when we see someone in our community who was known for a bad reputation or history then claim that they found God. We may immediately push for them to go out and tell everyone at church meetings and conferences about how they allegedly got saved when they are still very new and babes in Christ.

Two celebrities recently came to my mind as I was thinking about this post–Mase and Justin Bieber. Several years ago, rapper Mase left secular hip hop and almost immediately became a pastor with a good-sized church due to believers who pumped him up and pressured him. Then last year it fell apart after an ugly divorce from his wife, allegations of mishandling church responsibilities, and his move back to the secular hip hop world and the bad practices associated with it.

Early in June, Justin Bieber took to social media and said knowing God was ‘the coolest thing’ as he moves to shed his bad boy image. And believers rushed to gush over him and his statement. Some rightfully encouraged him to grow and continue on that path. Others saw it as verification to idolize him more. Then a few days ago, Bieber showed up at Hillsongs Church in Australia with an anti-Christian Marilyn Manson t-shirt while adoring church girls rushed to him and gushed about how cute and nice and adorable he was.

The apostle Paul and other apostles saw how easy it was for believers to get locked in a cult of personality when it came to new, well-known churchgoers. This prompted them on several occasions to take action against such a mentality. In Acts 8, Peter publicly rebuked Simon the sorcerer who had claimed to be a believer. He was a local celebrity who had people under his spell with his sorcery, which most likely included the use of drugs. When he saw the Holy Spirit work through Peter, out of his pride and desire to remain in the spotlight, Simon attempted to bribe Peter into giving him the Holy Spirit’s power and got a deserved stinging rebuke from the apostle.

Paul instructed Timothy (and by default all churches) to make sure a bishop was ‘not a novice, lest being lifted up with pride he fall into the condemnation of the devil’ (1 Timothy 3:6). The apostle saw this happen when his constant, well-known traveling companion Demas forsook the ministry, ‘having loved this present world’ (2 Timothy 4:10).

So maybe it’s best for us to encourage but verify and see them mature before we get all gung ho about a famous, well-known new believer to make sure they are really in the faith.