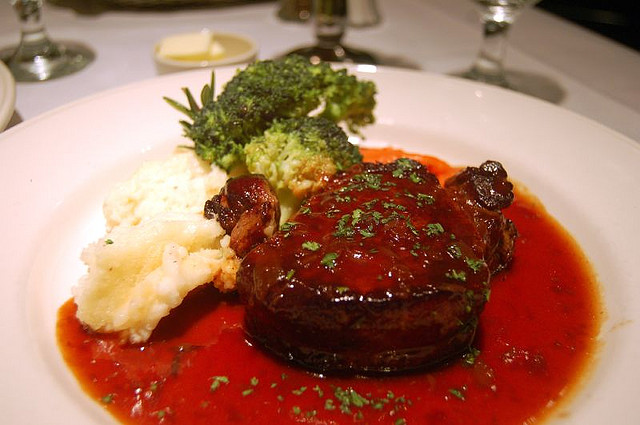 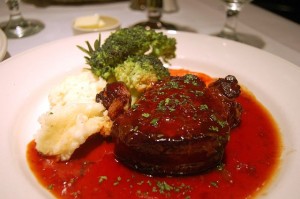 As a person who enjoys exercising regularly, I avoid overeating (gluttony) and keep my consumption of junk food to a minimum. But there aren’t many foods I turn down. I eat red meat, white meat, seafood, fruits, vegetables, whole grains, “bad” carbs, and, on occasion, I drink wine. All of this I do in moderation, of course. And I thank God for all of them.

Years ago, I used to be almost obsessed with studies done on food to let them determine what I should eat. That is, until the studies contradicted each other. One study would say eggs were bad. Then another would say eggs are good. One report would say red meat is bad. Another one would say red meat is good. Then as I started to find out about all of the things the global elitists and their New World Order wanted to impose on people, to my surprise controlling people’s diets was part of their socialist-false religion-oligarchy agenda. For me, it shed new light on Paul’s warning to Timothy about how it would be in the last days. On Paul’s list were the following words in 1 Timothy 4:

1 Now the Spirit speaketh expressly, that in the latter times some shall depart from the faith …

3 … commanding to abstain from meats, which God hath created to be received with thanksgiving of them which believe and know the truth.

4 For every creature of God is good, and nothing to be refused, if it be received with thanksgiving:

5 For it is sanctified by the word of God and prayer.

6 If thou put the brethren in remembrance of these things, thou shalt be a good minister of Jesus Christ, nourished up in the words of faith and of good doctrine, whereunto thou hast attained.

I learned to take his words to heart and have started noticing that little-by-little, the elitists are attempting to pressure people to give up certain foods with claims that we will help out the environment by reducing our carbon footprint if we do or that it will lower healthcare costs by making us healthier. Paul states outright in the passage above that the move toward preventing

people from eating meat is false doctrine. As long as I know the food is produced and prepared in a safe manner and isn’t dedicated to a false god, I’ll eat it with thanksgiving, sanctifying it by God’s word and prayer.

I’m determined now, more than ever, that whether I eat, or drink, or whatsoever I do, I’ll do it all to the glory of God (1 Corinthians 10:31). Besides, these global elitists (like former NY mayor Michael Bloomberg) who claim they give up certain foods tend to be hypocrites. It wouldn’t surprise me if they just make the claims for publicity sake while in private they still gorge on the food they claim to give up. They can try to guilt trip and brainwash all they want by sending out their food police, but since I continue to get a clean bill of health from my doctor and do all things in moderation with balance in my diet coupled with exercise, the food police can take a hike.