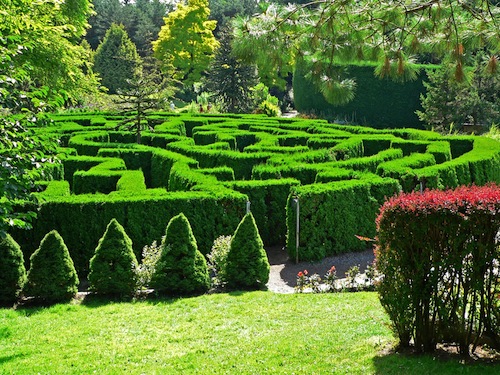 As I’ve stated before, if it weren’t for God establishing in every person’s heart a sense of right and wrong there would be no morality in the earth. In order for humankind to have this sense of good vs. bad and right vs. wrong, universal standards had to be set by someone higher and much more powerful than man or any other force in the universe who would have to meet those standards and set the example of what we should aim for in our conduct and character.

Whether we know it or not, this is why it’s so important for God’s word to be proclaimed throughout the whole world. I think Isaiah was spot on when he said,

“…for when thy [God’s] judgments are in the earth, the inhabitants of the world will learn righteousness,” Isaiah 26:9.

God’s judgments include his word, his name above all names, his rewarding good, his punishing evil, and everything else he does, has done, or will do. All his works are done in truth (Psalm 33:4), which is why all inhabitants of the world learn righteousness when they pay attention to his judgments. This is also one of the reasons why those of us who share the genuine gospel are led to do so. We know God’s judgments, even when they unfold in messy or severe ways, will serve to improve the total state of man–spiritually, physically, mentally.

But, of course, God has supplied man with a free will and most humans choose to use their will to override God’s influence in their lives, sometimes with criminal intent, even if they live in a society that upholds God’s judgments as ideal. Isaiah, in the verse following the one quoted above, acknowledged this unfortunate caveat:

“Let favour be shewed to the wicked, yet will he not learn righteousness: in the land of uprightness will he deal unjustly, and will not behold the majesty of the Lord.” Isaiah 26:10

Several other prophets also acknowledged this dire state of those hellbent on evil (Proverbs 17:10), including the Lord Jesus who rebuked the leaders of his day for “making the word of God of none effect” so they could uphold their own traditions as most important (Mark 7:6-13) and when he told Nicodemus that the general state of man was that they love darkness (John 3:19-21).

Those were statements to help us understand humans in general and what we’re up against as we share God’s word. We have this promise from the Lord about the importance and effectiveness of his word:

For as the rain cometh down, and the snow from heaven, and returneth not thither, but watereth the earth, and maketh it bring forth and bud, that it may give seed to the sower, and bread to the eater: So shall my word be that goeth forth out of my mouth: it shall not return unto me void, but it shall accomplish that which I please, and it shall prosper in the thing whereto I sent it. Isaiah 55:10-11

20 thoughts on “The world needs the God of judgment”