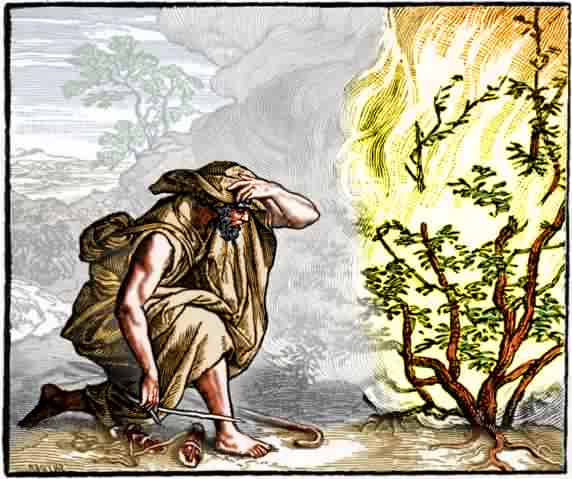 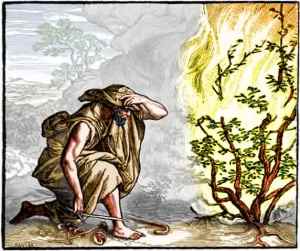 A close look at the Bible reveals that God sets aside different time periods to reveal different aspects to mankind about himself. This is why to the untrained, unsaved mind he seems to be more than one god and has falsely been accused of being so. One of the favorite attacks by unbelievers against Christianity is that the God of the Old Testament is different than the God of the New Testament. Another favorite attack is that we aren’t genuinely monotheistic but serve three gods.

And God spake unto Moses, and said unto him, I am the LORD: And I appeared unto Abraham, unto Isaac, and unto Jacob, by the name of God Almighty [El Shaddai], but by my name Jehovah was I not known to them.

However, a look back at Genesis shows that the patriarchs did know that God’s name was JEHOVAH. In Genesis 22, after Abraham was willing to sacrifice his son Isaac, who was spared when God set up a ram to take Isaac’s place, Abraham called that place Jehovah-jireh. It meant “Jehovah shall be seen” or “Jehovah shall provide.” It’s the same spot where God’s temple was eventually built. So if Abraham, Isaac, and Jacob called the Lord by his name Jehovah, why did God tell Moses in Exodus 6 that he was “not known to them” as Jehovah?

God’s name Jehovah is derived from the Hebrew word hayah, meaning “I am.” Jehovah means, “the Self-Existent One.” It has a multi-faceted, deeper spiritual meaning than El Shaddai or Elohim, but encompasses all of God’s other names. When God said he was not known as Jehovah until Moses and his fellow Israelites, he meant that the patriarchs did not have the experiences that God was about to reveal to them–experiences that would show them greater revelations of God than what the patriarchs had seen in the physical and in the spiritual realms. Yes, the patriarchs knew God’s name was Jehovah, but they did not know why his name was Jehovah. They just knew why his name was El Shaddai, God Almighty.

Abraham prophetically called part of Mt. Moriah Jehovah-jireh because he knew God would one day provide a greater revelation of himself to his descendants just like he provided a ram for Isaac even though Abraham was known to be God’s friend. When Moses came, it was the perfect opportunity for God to reveal himself as Jehovah because these were the darkest, most impossible days the Hebrews had ever experienced in their history up to that point. Here are a few ways God would show Moses and the Israelites why his name is Jehovah:

Yet for all the greatness encompassed in the name Jehovah, God still had an even greater name with a greater plan under a greater covenant that would not be revealed until thousands of years after Moses. We who profess the name of the Lord Jesus have embraced it. But the name of Jesus is also not the end of the story. Revelation 3:12 says the Lord has yet a new name to be revealed at the time New Jerusalem is established on earth.

10 thoughts on “The day God first revealed himself as Jehovah”