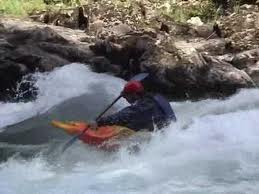 Dr. Mary C. Neal’s life was changed 13 years ago on a kayaking vacation to Chile in January 1999. She had grown up in church with regular church attendance and a confession of faith in Christ, but admits her adult years saw a lack of commitment to the Christian faith. This was especially true as she took the path to become an orthopedic spinal surgeon in western Wyoming. Her focus was on her career.

When she and her husband went to Chile to kayak, she had an unexpected divine appointment with God that served to change the focus and essence of who she was. She speaks of the encounter in her book, To Heaven and Back: The True Story of a Doctor’s Extraordinary Walk With God. While kayaking down the Fuy River, she became pinned to some rocks while attempting to go over a waterfall. She was unable to break free and was submerged.

It was then Neal realized that the only thing she could do was call on God. When she did, she said she felt God’s presence and was taken over by a feeling of overwhelming peace and comfort. She then was aware that her soul was leaving her body and as her soul rose above the water, 15 to 20 radiant souls were waiting to greet her as she experienced an inexplicable joy.

While being ushered by them into a “great and brilliant hall,” Dr. Neal was aware there were people working on her body to try to revive her, but she felt anticipation and a readiness to finally be with God. However, before she entered the great hall, she was told by her companions that her time to enter had not come yet because “she still had work to do on Earth.”

Although Neal was unhappy about coming back, she eventually accepted what her companions were telling her and her soul returned to her body. She then went through a lengthy recovery and continued her life with a greater sense of purpose and calling. Neal fully recovered from her injuries and even though she was submerged for 14 minutes during the accident, there weren’t any brain injuries.

2 Bless the Lord, O my soul, and forget not all his benefits:

3 Who forgiveth all thine iniquities; who healeth all thy diseases;

4 Who redeemeth thy life from destruction; who crowneth thee with lovingkindness and tender mercies; Psalm 103