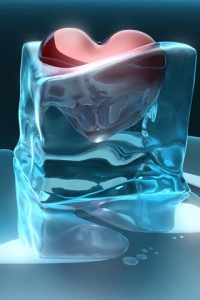 In my childhood and teen years, when I read some of the prophecies of Jesus about how bad things would get, I would doubt if such terrible things could happen in my lifetime. Most of the people around me were what anyone would call “good people” who were generous, friendly, caring, family-oriented, and helped out their neighbor if they needed it. And I was learning in school how the United States, although imperfect, was standing against the evils of the world by promoting democracy and human rights whenever possible based on Judeo-Christian principles.

Then I grew up and took off the rose-colored glasses and began to see how rebellious and lawless the world was becoming. That’s not to say there’s only doom and gloom because there are still many positives occurring in our society. However, one thing that I thought would never happen during my lifetime is Jesus’ statement that “the love of many shall wax cold.” Here’s the context for Christ’s words–

9Then shall they deliver you up to be afflicted, and shall kill you: and ye shall be hated of all nations for my name’s sake. 10And then shall many be offended, and shall betray one another, and shall hate one another. 11And many false prophets shall rise, and shall deceive many.  12And because iniquity shall abound, the love of many shall wax cold. 13But he that shall endure unto the end, the same shall be saved. Matthew 24

This chapter opens with Jesus talking about what would happen generally in the secular world, but these verses focus on what will happen in the world of religion which will be impacted by the secular. Essentially, Christ is saying persecution is part of the package of being Christian. When persecutions rise against the church from people of the world, who greatly outnumber us, many in the church will be offended by the gospel. Why? Because within everyone of us is the desire to be accepted, to be liked, to be popular, to be part of the majority.

So when people consider these things as more important than their relationship with God, it results in a bunch of Judas Iscariots, Brutuses, and Benedict Arnolds in the church who want to sell out the truth so they can be accepted by the majority. They open themselves up to deception which leads to false teachers and false prophets arising to tickle their ears. They fear men more than God. Before you know it (as we see in our times), the church is in the midst of an identity crisis and conflict between those who want to stand true to God’s word and those who don’t. Iniquity then has multiplied in the church and this leads to love waxing cold in the hearts of churchgoers.

In the society around us, we often witness how people who do wrong don’t get the justice they deserve. Whether they be murderers, drug  dealers, human traffickers, market manipulators, thieves, crooked politicians, gossips, liars, backstabbers, or adulterers, they all seem to get away with stuff all too often and for many people it becomes too much to take.

Why (they may ask themselves) am I following the law and being a good person, when so-and-so has done this or that wicked thing and is prospering when I can barely make ends meet? So some of them give up on trying to do the right thing. “Because sentence against an evil work is not executed speedily, therefore the heart of the sons of men is fully set in them to do evil,” [Ecclesiastes 8:11], so iniquity and lawlessness can increase out of man’s impatience. Iniquity and lawlessness can also increase when a victim of the bad things mentioned above holds onto the bitterness, resentment, and unforgiveness. When all of these factors are compounded and built up in society, iniquity abounds resulting in people hardening their hearts and the love of many shall wax cold. They wax cold against God and against their fellow man.

But, praise be to God, there are remedies and ways to protect ourselves against our love waxing cold. Here are a few of them:

☼ Make the Lord, his will, and his word your delight. All too often as Christians, we let man-made doctrines, our environment, and our circumstances affect our relationship with God. But if we change our focus from the horizontal to the vertical and stop allowing things to get in the way of spending time with God, our outlook on life will improve. Our focus will turn to how our actions affect the eternal as opposed to what we expect to get from the temporary things of this life. And like the psalmists we will find ourselves proclaiming, “I delight to do thy will, O my God: yea, thy law is within my heart,” [Psalm 40:8] and “Unless thy law had been my delights, I should then have perished in mine affliction,” [Psalm 119:92].

☼ Instead of clinging to bitterness and unforgiveness toward enemies, love them and forgive them. Jesus said, Love your enemies, bless them that curse you, do good to them that hate you, and pray for them which despitefully use you, and persecute you, Matthew 5:44. Then he went on to say, For if ye forgive men their trespasses, your heavenly Father will also forgive you:  But if ye forgive not men their trespasses, neither will your Father forgive your trespasses, Matthew 6:14-15. Exercising these commandments calls for wisdom. Jesus did not equate forgiveness with trusting those who have hurt us. Sometimes it can simply mean that if an opportunity presents itself for us to exact revenge, we pass on it and let God handle it. Other times it can mean what Proverbs 25 says–If thine enemy be hungry, give him bread to eat; and if he be thirsty, give him water to drink: For thou shalt heap coals of fire upon his head, and the LORD shall reward thee. Those “coals of fire” speak of God’s actions to humble the person, either with his punishment or with his salvation if they are drawn to repentance.

☼ When sharing or living the gospel, do it to please God, not men. The apostle Paul set a good example of this when he stated in 1 Thessalonians 2, But as we were allowed of God to be put in trust with the gospel, even so we speak; not as pleasing men, but God, which trieth our hearts.  For neither at any time used we flattering words, as ye know, nor a cloke of covetousness; God is witness:  Nor of men sought we glory, neither of you, nor yet of others, when we might have been burdensome, as the apostles of Christ. Paul was not interested in being honored by men, he wasn’t interested in flattering them to manipulate them, he had no ulterior motives of trying to get favors or funds from them. His purpose was not self-centered, but God-centered. His preoccupation was with making sure that God was pleased with what he said and did. In our times, this tends to be rare.

If we as Christians do at least these three things, we will find the love of God shed abroad in our hearts so much that when iniquity abounds, we will not be like many whose love shall wax cold.

posted by Harry A. Gaylord

5 thoughts on “When love waxes cold”