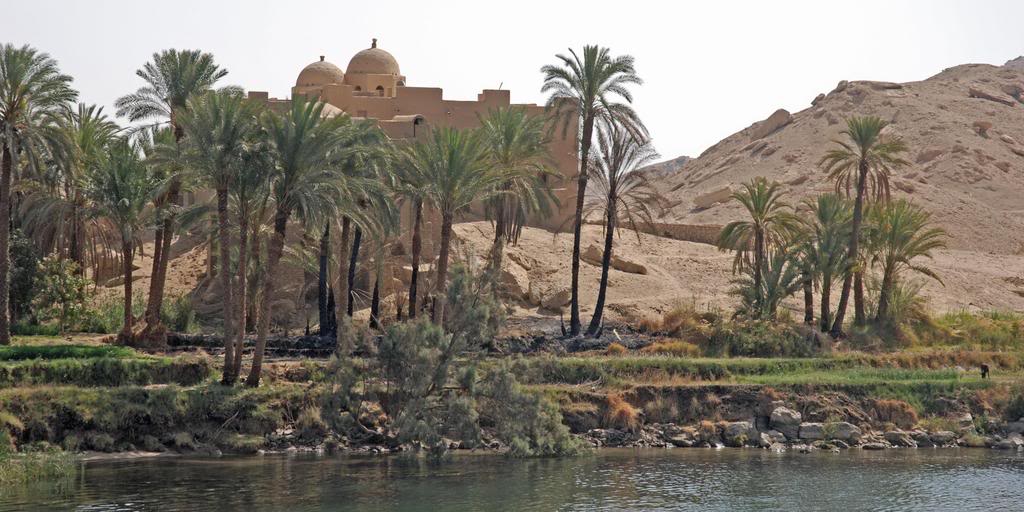 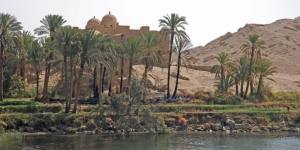 The circumstances surrounding Moses’ birth were very grim, but in the midst of all the negative things happening, God’s hand was still clearly visible in the affairs of men.  The Hebrews, having sought shelter from famine in Canaan, came to Egypt when Jacob brought his whole family there toward the end of his life when his son Joseph was second in command after Pharaoh.  When they became fruitful and multiplied in population, a new Pharaoh who didn’t care about Joseph’s accomplishments felt threatened and made slaves of the Hebrews.

Even in the midst of slavery, God continued to increase the Hebrews to the point where, right before Moses was born, the reigning Pharaoh decided to commit mass infanticide by having all male baby Hebrews murdered.  Yet in spite of the curse of a powerful Pharaoh, God showed himself strong on behalf of his people to thwart the plans of the enemy.  He worked through the compassion of women to counteract the wrath of a powerful man.

Under Pharaoh’s no-Hebrew-male-child policy, it would have been easy for Moses’ parents to stop having kids after their son Aaron was born or to obey the law and allow their new baby to be taken and slaughtered, but their faith in God was greater than their fear of men and they had another child.  So Jochebed, Moses’ mother, knew in her compassionate, loving heart that she had a special child that she knew had to be saved.  When she could hide him no longer she made a basket called an ark, waterproofed it, put Moses inside, and released him into the Nile.

Then a whole string of ironies unfolded.  The ark was discovered by Pharoah’s daughter who decided to save the baby, which was a violation of her own father’s law.  Then Moses’ sister, who had compassion for her baby brother along the Nile, volunteered to find a “nurse of the Hebrew women” for the baby, to which Pharaoh’s daughter agreed.  So Miriam, Moses’ sister, ran to her mother and the baby she released into the Nile, who she probably thought she would never see again, was returned to Jochebed temporarily so she could nurse him.

Once he was nursed, the child was given to Pharaoh’s daughter and Pharaoh had a Hebrew male child (of the people he hated and who was ironically being raised in his own household as his grandson) receiving the full benefits of protection and educational training given to the first family of Egypt.  God was using the family of the Pharaoh who wanted to destroy God’s people to train the one who would deliver God’s people in the future.  As it says in the Psalm 9:15-16 “The heathen are sunk down in the pit that they made: in the net which they hid is their own foot taken.  The LORD is known by the judgment which he executeth: the wicked is snared in the work of his own hands.”

Additionally, another irony is that Pharaoh’s daughter gave the child a name that was prophetic in nature, although she had no clue as to the prophetic nature of the name at the time.  She named him “Moses,” which means “drawn out” or “drawn forth,” because she drew him out of the water.  The fact that Moses was literally drawn out of the water has parallels to the spiritual symbolism of it as well.  Water is symbolic of persecution and hardship [Revelation 12:15-17].  Moses being “drawn out” of the water symbolized his deliverance from the persecution of the Egyptians.

Pharoah’s daughter was unaware that Moses, or “drawn forth,” would be the one to draw forth his people out of the bondage of Egypt to serve their God Jehovah.  The one Pharaoh accepted as his grandson, who was of the people he sought to destroy, would be the one who would “draw forth” the word of God and God’s judgments to destroy the house of Pharaoh in the future.  The people who Egypt robbed of their freedom would be “drawn forth” to “spoil the Egyptians” in the future [Exodus 3:22].

This is how God works on behalf of his people.  When we are drawn forth to God, exercising our faith in him in spite of what our enemies may do, God will work behind the scenes in the affairs of men to work it all out for our benefit.  We are not obligated to follow man’s laws that are in violation of God’s higher laws so when we are doers of the word and not hearers only, when we obey God rather than men, when we put our own lives in jeopardy for God’s glory, we will surely see the fulfillment one day of Psalm 58:10-11–“The righteous shall rejoice when he seeth the vengeance: he shall wash his feet in the blood of the wicked.  So that a man shall say, Verily there is a reward for the righteous: verily he is a God that judgeth in the earth.”