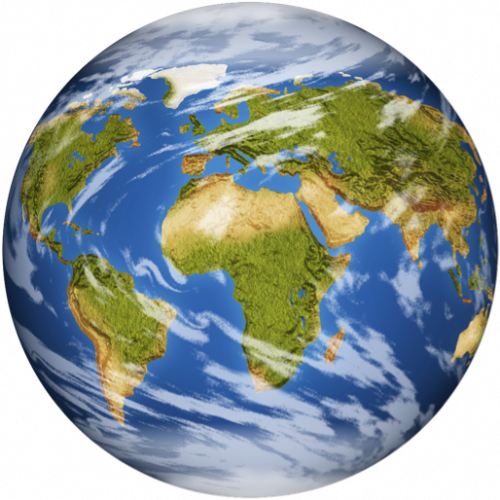 As the pieces of the new world order (NWO) fall slowly but steadily into place, it will become clear that its pattern is according to how the Roman Empire looked when it was divided into 10 kingdoms after its fall, or more accurately, its reorganization.  In my post, Origins & appearance of the Beast, I pointed out that the Antichrist would rise up from one of these 10 Roman kingdoms to take over three of them, as mentioned in Daniel 7:7-8.  Revelation 17 also highlights how there will be 10 kings during the Great Tribulation that will give their power and strength to the Beast.

It has often been disputed who these kingdoms are, but I believe the 10 kingdoms are the following:

5 kings from the Western Roman Empire

5 kings from the Eastern Roman Empire

One of the kings from one of these kingdoms was the 11th horn (who we now know will be the Beast, the Antichrist) in Daniel 7 and is symbolized by the entire beast in Revelation 17.  Daniel 7:7-8 said he is part of the fourth beast, the Roman Empire.  Daniel 8:7-11 said he is also derived from the empire symbolized by the goat, the Greek Empire.  Daniel 11 tells us he is from the northern kingdom of the Greek Empire, the Seleucid Empire.  And, finally, Revelation 13 tells us he arises from the Aegean Sea.  The only nation to fit all of these criteria is none other than:

There are close to 200 nations that are part of the United Nations.  The book of Revelation tells us all nations will follow the Antichrist and his one world government.  So in order for there to be only 10 kings who give power and strength to the beast in Revelation 17, it is now believed by many that these 10 kings may not refer to specific nations but to 10 regions of nations carved out of the globe by NWO organizations to which all 200 nations of the earth will submit to.  Each of these 10 regions will have one designated leader representing their region.  By having 10 regions, it is mimicking the Roman Empire which is no surprise since Revelation 17 tells us that Babylon (the whore riding and controlling the beast) is the city of Rome, represented today by the Club of Rome, the Jesuits, and Vatican City all working in concert.

The final makeup of the 10 regional unions could be something like the following:

The men behind these moves are probably very proud of what they intend to accomplish, but in the end what they are really doing is begging for God’s judgment to come down on their heads.  They take counsel against the Lord and his anointed, saying “Let us break their bands asunder, and cast away their cords from us.”  In other words, they want to get rid of any semblance of what pleases God.  But what can they imagine against the Lord? He will put an utter end to it [Nahum 1:9].

“Some even believe we are part of a secret cabal working against the best interests of the United States, characterizing my family and me as ‘internationalists’ and of conspiring with others around the world to build a more integrated global political and economic structure–one world, if you will.  If that’s the charge, I stand guilty, and I am proud of it.” [David Rockefeller, Memoirs, p. 405]

43 thoughts on “10 Roman kingdoms, pattern for one world government”