Last night I watched Book TV on C-Span2 where they broadcasted Jerry Newcombe, producer of Coral Ridge Ministries, who was promoting his new book co-authored by the late D. James Kennedy titled How Would Jesus Vote? at a Bible College in Florida.  He made some very good points regarding education of our children, aiding the poor, abortion, judges who legislate from the bench, and several other topics.  Dispersed throughout his discussion were quotes from the Founding Fathers and Presidents which clearly showed they intended the U.S. to be a nation founded on, and preserved by, Biblically-based values.

With regard to educating our children, Newcombe pointed out that it was the primary responsibility of parents to educate their children or if they are not available to do so, they have the God-given right to appoint someone to stand-in for them, which is why we have a public education system.  If public schools are leaning against the values of the parents, they have the right to step in to voice their opinions and take the necessary action for the sake of their kids.

Newcombe also discussed how aiding the poor is supposed to be the church’s responsibility, based on what the Bible says, because government tends to screw things up when we rely on them to meet the needs of the poor.  Then he pointed to the U.S. welfare system (the scourge of the black community) as an example of how it can discourage marriage and encourage out-of-wedlock births.  Newcombe implied that if the church looked out for the poor all along, families would have been strengthened and those without the necessary skills to take care of their families would be trained to do so.  This may have happened in the past if there was not an effort to violate the rights of blacks, Hispanics, women, and American Indians.  Nowadays helping the poor does actually take place in churches who are not so caught up in the prosperity gospel or other false doctrines.

The sanctity of life in the womb was also highlighted in Newcombe’s discussion.  He then went on to discuss how Christians should see it as their duty to vote for candidates who represent godly values and how we should be actively involved in the political process.  He also stated that, contrary to critics of Christianity, we Christians are not out to force people to be Christian, but our values (which are the principles that our country was founded on) have always been the principles that preserved every citizens’ right to have their own opinions, not just Christians.  Other world views, according to him, tend not to do that.

But with regard to voting only for people who hold to Christian values is where I have lots of questions.  I voted for presidential candidates in the 90s who lost to Clinton, then it turned out that Clinton was the one who took the initiative to phase out the government welfare system with the welfare-to-work program, which (in my opinion) was one of the factors that may have helped reduce the number of abortions over the years.  Then he worked hard with Congress to get our government out of debt with conservative spending that even the conservatives envied.  But Clinton was far from being a saint as was obvious by some of his other actions. 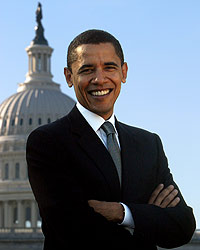 Then I voted not once, but TWICE for our current President because of the Christian values he proclaimed and the result has been government secrecy by denying valid Freedom of Information requests, government cover-ups, putting CIA operatives’ lives at stake, violating the rights of innocent detainees (like Murat Kurnaz from Germany) at Gitmo who were caught in a dragnet to try to find the guilty, wiretaps to spy on innocent Americans, Alberto Gonzales’ attempts to get a very sick Attorney General to back a warrantless wiretapping program, an Atty. General Alberto Gonzales who was acting on political agendas instead of being a neutral upholder of justice, an unjust war based on incorrect information, innocent Iraqi lives being taken because of an unjust war, soldiers being given conflicting or unclear orders on how to proceed with their duties, contractors with ties to the administration getting paid billions of dollars after avoiding the bidding process, soldiers who make it home from Iraq and Afghanistan but are not getting the care they need from the VA, and it goes on and on.  Is a politician’s pro-life stance more important than their lies?  Does the fact that they want to preserve the lives of unborn babies mean that I should overlook the fact that they needlessly put the lives of innocent people in jeopardy? SO MUCH FOR CHRISTIAN VALUES! 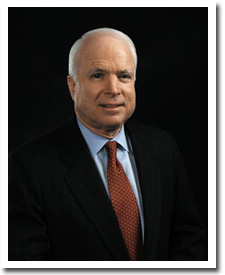 So who am I supposed to vote for this time around?  The so-called claims to being Christian that both candidates have don’t match the fact that the Democrat is in favor with murdering the unborn and that the Republican candidate wants to continue the status quo.  And both of them want to spend unnecessary funds to combat global warming when all we need to do is enforce the rules and regulations that the EPA has, which the Bush administration has backed away from to favor his corporate comrades.  It seems to me that politicians only claim Christian values to get votes, and so many of us Christians fall for their lies every time.  They’re playing us for fools because they think Christians tend to be gullible and all too often, they’re right.